Fandoms are everywhere, and with them comes fangirl and fanboys who have talent and drive to create beautiful pieces of work both of art and of fiction. What makes them stronger, is when the written word and the creative mind collaborate together with both fiction and art.

We accept all fandoms, all types of fiction and art, and know that the collaboration of the two will create something beautiful. We accept every pairing, fandom, style because that’s what being an artist is about. You do not have to like everything you come across, but there will be no flaming tolerated. 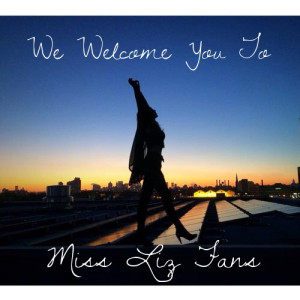 We are a multi-platform and Members Only unofficial fan-ran club for the one and only Elizabeth Gillies! We have Twitter, Tumblr, and Facebook accounts for public/large blasts, which would be optional for the members to use/follow. We'd then use LiveJournal and Hall (chat site) for our more intimate happenings. Part of a club is the exclusivity, right? :)

We welcome you to join us! If you’d like to, please review our rules first and then apply! Apply here at our LiveJournal: http://mslizfans.livejournal.com/ (If you are not a LiveJournal member, you can sign up for FREE! Come on and join in on the fun!).

If you are not a fan yourself but know someone who is, please tell them about us! We only have two members and are looking for more!!!! 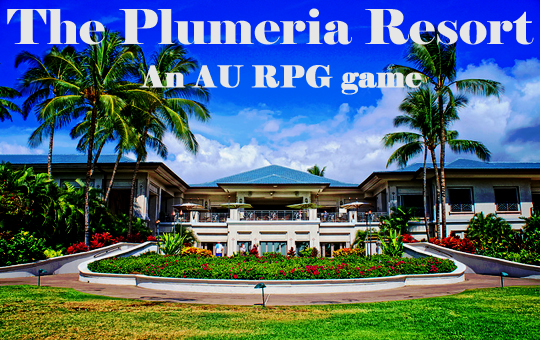 Nestled along Hawaii’s picturesque landscape is the exclusive Plumeria Resort. It is a members-only facility serving only those who can afford a membership. It has a staff of over 300 individuals who have been screened and specifically selected by the management. Only the best is hired to serve the wealthy around here.

Amenities include access to an 18-hole golf course, shops, multiple restaurants and bars. There's also a spa, pool and a fitness center, as well as multiple event spaces.

However this place isn’t all sunshine and pina coladas. Lying just beyond the white sand beach, palm trees, and tropical paradise is an illicit secret that the owners work hard to keep there.

Chris Valentine is being groomed to take over the resort for his dying father, Cain. Chris has known from a young age that his father has an underground business of white collar drug trafficking and prostitution running through the resort. This has been what’s kept the place running all these years- serving no questions asked sex and drugs to the wealthy. Cain Valentine’s motto, “I don’t care what they do just as long as they pay,” still rings through the illegal works to this day.

Chris’ world is further shook up when his exotic dancer girlfriend drops a bomb on him and his father reveals more long buried resort secrets.

Will the Plumeria Prince take his rightful seat? Or will everything he’s ever known falter?

Beginning tomorrow, I will be embarking on a 'Year of Poetry' journey, and I would love to have people join me! If you like poetry, or even if you know nothing about it and are interested in learning, please check out my new community,

dog_eat_dog_lj is an interactive Livejournal game.

**We are looking for players for the next game**

You have a 1 in 8 chance of winning a years worth of Livejournal paid time (No Ads for a year plus lots of other benefits).

You have a great chance of having fun and meeting new friends.

Check out the profile page for more information,

Or look through the game currently being played to get an idea of if you would like to join in the next game.

We would love to see you there!

dog_eat_dog_lj is a new interactive game played on Livejournal and we are looking for players.

Come join and be in the chance to win a paid livejournal account for 1 year!

Compete in fun challenges against other players.

Have fun and maybe even make some new friends.

Nothing to lose, but lots to gain. Why not?!